As a Hispanic woman, I've taken in a lot of new learning from our organization’s DEI trainings. As educators and lifelong learners, I’m sure we have all embarked on our own self-reflective journeys. Most recently, I've widened my focus to reflect on the implications of the DEI work and how I support multilingual learners and their teachers.

As a bilingual professional developer who also happens to be a Person of Color, sharing a different perspective on the experiences of Black and Brown students has always been a way to hopefully advocate for them. Occasionally, I may have unintentionally derailed a few of our monthly Coaching Professional Development Days in order to bring attention to unique challenges teachers face when striving to respond to the cultural and linguistic needs of emerging multilingual learners in all settings – bilingual, dual-language, and general-ed alike, where transitioning to English has been the priority. Ultimately, my colleagues have always been willing to unpack these sometimes-complicated matters together, and so I’ve welcomed this opportunity to explore a few points in this piece.

After the All-In training with Dr. Gholdy Mohammad (author of Cultivating Genius: An Equity Framework for Culturally and Historically Responsive Literacy), I thought deeply about the multilingual learner’s genius. I thought about the process of translanguaging, when learners manage the various linguistic resources they naturally possess in order to communicate, a phenomenon also evident among speakers of African American Vernacular English.

In my experience, I have felt that bilingualism has traditionally been treated as perhaps an unavoidable, less-desired outcome of the teaching of Standard American English. As I ponder this, I think back to a conversation I had years ago with my then 4-year-old niece. It was more of a speech, as she went on for almost 20 minutes to describe her experience as a new preschooler. It went something like this, “I jugando con mis friends, yo have a picnic to comer apple, and then go picina con mi sister.” It was fascinating to hear.

As a language teacher, my first thought was that I should correct her by paraphrasing what she said, and hope that she would notice that I implicitly emphasized a correctly formulated English sentence. Then, after reaching for my cell phone, I thought I should record this and analyze it later, while thinking to myself, even the father of modern linguistics, Noam Chomsky, would have a field day listening to her. Finally, as she continued to pour her heart out, I realized that she was quite proud of what she had to say. She was communicating freely with her auntie, who she saw maybe once or twice a year. Most importantly, we were connecting. I understood the meaning behind everything she said, and I surely understood that correcting her would have put a damper on her precious speech by invalidating her risk-taking with the use of both languages.

Sadly, I think back to this moment and consider how multilingual children are expected to code-switch as soon as they start school. They learn to adopt English as the “important” language, and have to conform to a dominant culture that often does not embrace multiculturalism – I recommend a poignant Ted Talk by Chandra Arthur, The Cost of Code-Switching. As so powerfully echoed in Arthur’s TED Talk, I recognize the need to prepare children to code-switch to meet the standards of monolingual policies, however, I also realize the potential effects of this on the identities of children.

We can help build and protect children’s identities in spite of these policies by welcoming translanguaging and by embracing bilingualism. In coaching, for example, I encourage teachers to celebrate children' journeys as owners of bilingual “powers” or competencies, rather than treating their language learning process as a burden or deficit. In a recent small group phonics lesson, a kindergartener drew a cat and a house to show words that begin with the /k/ sound. I asked her to tell me what she drew, already anticipating she would say casa. I reminded the teacher that the goal here was phonological awareness. Because I know this student to be Spanish speaking, I welcome a response in Spanish, even though in a dual language class, the teacher in the “English World” should not break code. I notice on the other side of the computer screen the child hesitated as she waited for her mom to confirm. When she whispered casa, I jumped at the opportunity to celebrate her ability to hear the /k/ sound and then asked her peers if they knew how to say that word in English. They all said the word, house, and then we explored how house has a different beginning sound. I expressed my amazement at their super ability to say the word in two languages! The learning of new vocabulary here is incidental, but permitting the flexible use of both languages by the children allows for naturally occurring connections and the affirmation of all of the children’s linguistic repertoires.

It is not just verbal language that we expect students to learn in order to fit in. I think about social pragmatics and the less-explored pragmatic cueing system in reading as it relates to the ever-present challenges multilingual learners contend with in order to understand what they read in English, and in order to be understood as new English learners.

As teachers, we certainly should take this into account as we prepare multilingual and multi-cultural children to meet the standards that we hold when evaluating and judging them. In that vein, I have made some personal connections with the concepts discussed in Claude Steele’s book, Whistling Vivaldi: How Stereotypes Affect Us and What We Can Do. In fact, I have begun to realize the day-to-day psychological impact that code-switching can have on people to avoid stereotype threat.

In many cultures it is common to use body language as a form of expression during conversation. Twenty years ago, as a young Hispanic woman, I remember sitting on my hands when interviewing because using your hands to speak was considered unseemly in the corporate setting. Mainstream societal standards require those of us who exist in the margins to code-switch every day to fit in and thrive; this comes at a cost.

Culturally and linguistically sustaining practices are a necessity for teachers if we are to connect with multilingual learners and build up their rich identities. The COVID-19 pandemic and remote learning have revealed how arbitrary social pragmatics can be. Talking with our hands, for example, is now a strategic tool for teachers online. The fist bump is now a standard way of greeting others safely. Hopefully we’ve become less rigid as we desperately search for ways to connect with others. As multi-culturalism becomes more mainstream, hopefully bilingualism will, too. 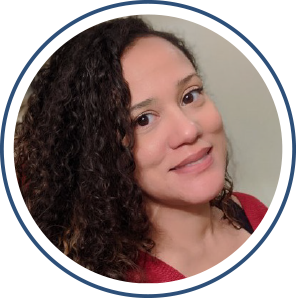 Ensure you stay up-to-date with the latest news, impact reports, donor events, and much more.

Check out our additional articles & resources!

Volunteers Pitch in to Celebrate Teachers 

Getting involved in your child’s classroom

Reshape teaching for meaningful impact on children's well-being and learning.

Learn more about deficit language in schools and download a resource guide of strategies to combat them.