Phonological awareness is a broad umbrella term for many oral language skills, all of which are essential to the growth of young children’s reading skills. In fact, at least 80 percent of all struggling readers are estimated to demonstrate a weakness in phonological awareness.

So what is phonological awareness?

Phonological awareness skills are those associated with hearing, identifying and manipulating parts of spoken language such as syllables, onsets and rimes, alliteration, rhyming and phonemes. It is only related to the sounds of language.

Phonemic awareness – the skills associated with manipulating phonemes – is one element of this broader category but a vital one. Phonemes are the smallest unit of sounds in the English language. For example, the word mop, a relatively easy decodable word, has three phonemes, /m/ /o/ /p/.

However, many individual letters have multiple sounds (think c in cup and c in cent). Letters also change their sound depending upon what other letter is next to it (for example, when the consonants p and h stand together, they lose their individual sounds and become an entirely new sound (think phone).

In all, the 26 letters of our alphabet make a grand total of 44 different phonemes (24 consonant sounds and 20 vowel sounds). As you can see, time devoted to helping children isolate, identify and manipulate sounds is time well spent if you hope to create strong readers.

There are numerous ways to help children enjoyably strengthen their phonological awareness skills from singing songs and nursery rhymes to playing rhyming games. Let’s focus on one useful activity that is easy to implement: Elkonin Boxes.

What are Elkonin Boxes?

Elkonin Boxes, also known as sound boxes, can be a very helpful tool for building students’ phonological awareness. They provide a structure for helping children segment words into phonemes and help teach students how to count the number of phonemes in a word.

You don’t need a lot of materials for this activity. You can use wipe-off boards, or just photocopied sheets of paper, and a few colored chips. Here is an image of a simple Elkonin Box. 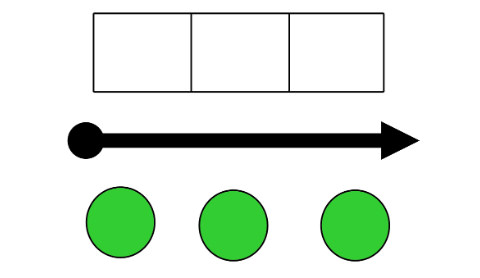 Consider the word you are teaching and draw a box for every phoneme in the word. For example, if you want to focus on the word hat, you would draw three separate boxes for the three phonemes in the word (/h/ /a/ /t/). Gather a small group of children together who you have determined would benefit from more practice isolating phonemes. Model the activity for the students. Say the word. Ask the students to say the word and segment each phoneme in it, adding a chip to the boxes each time they do. The chip is a physical symbol for the phoneme.

You can also include a picture of the word to provide support for your visual learners. 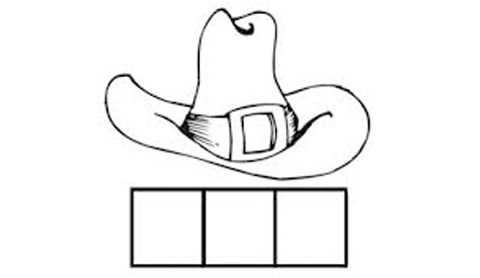 What other phonemic awareness activities do you do with your students?